Reiloch Member Posts: 134 ✭✭✭ - Distinguished
August 2015 in North of Thera
This means that we don't have to have pretensions about not being bad guys any more, right? 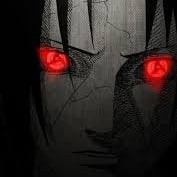