Austere TennesseeMember Posts: 2,346 @@ - Legendary Achaean
March 2015 in Curing Systems and Scripts
For those of you that do not know what opponent tracking is, I urge you to review my previous thread involving this.  Shecks has also posted a great deal regarding the logic and such involved in this, so I am not going to delve too much into it.  If you do not understand the logic or know what it is for, you probably do not need the system.

Since I removed my opponent tracking system, I have been working as much as possible on updating it and making it a whole lot easier to maintain and distribute as well as increasing the user functionality of it.  My apologies to everyone I have spoken to over the past two months regarding it that I intended to send beta copies to and forgot.  Trust me, it was worth the wait.

-Limb counter: (no accurate formula as of yet for knights) that is setup to accept all classes/augments(Some assembly required).
-Backwards affliction tracking: While I have very little ability to test this, the theory behind it is solid.  I have also supplemented some expert diagnosing triggers, but I do not have a function to auto decide what to diagnose yet.  Since I am a magi, don't get your hopes up that I fix anytime soon.
-Improved prompt triggers: reduced lag(no longer update themselves on every single prompt)
-Simple settings editing via Osettings! script:  Now you have no need to ever really look at the logic of the system unless you are just curious or need to edit something major.  All your offense function calls will be placed here as well, so you can easily move this script outside of the tracking for when you update.
-Accurate limb and salve curing.  While it is not set up for 2x restoration breaks(this will follow in another update) it does accurately account for all other known breaks.
-Accurate venom tracking across multiple weapons simultaneously.
-Updated documentation(Still looks ugly)
-Bard Triggers(Klendathu)
-BM triggers(Anonymous)
-Shaman triggers(Requires you set serverside alias right before the curse to track affs)
-Apostate trigger(Requires you set serverside alias right before the stare to track affs{untested})
-Magi triggers
-Dual Cutting triggers
-Sword and Board Triggers(Klendathu{these need multiline taken out still})
-Rewrite of Serpent Triggers
-Rewrite of Dragon Triggers
-Checks for Aeon and Retardation in both Wundersys and Svo.
Please for the love of all that is good, read the documentation before you install this.  While I will continue to provide support, I do have a lot of OOC obligations(which is why this took so long) thus I cannot appropriate large amounts of time to customize this for every single person's needs.  The first person to ask me about the display is going to get sent my super-secret trigger that deletes their mudlet profile.

Donations: If you wish to donate to the cause, feel free.  We all like to know we are appreciated for doing well.  I also want to acknowledge everything Klendathu has done for me.  I would have given up this project a long time ago if it was not for his contributions, brain storming, and generally willingness to help.  If you notice something in it that has his name on it and appreciate his work, I am sure he would not complain about donations either.


While I have tested as much as possible, there is still the possibility for some error.  If you run into anything, simply drop me a message here or a message in game. 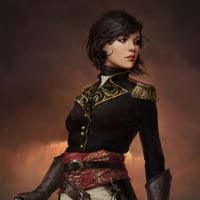 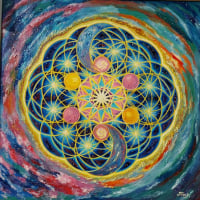