Nicola Administrator Posts: 827 Achaean staff
July 2019 in Archives of the Terraformer
I'm pleased to announce we've made a decision after reviewing and considering all of the varied feedback and suggestions in the original thread. After a lot of internal discussion with the Garden team, allow me to present the three new trade based skills we will be working on in the immediate future: Drinks maker, Artist, and Shipwright!

All of these names are placeholders, and that's part of what we need your help with next!

The Drinks maker
This will be a design-based tradeskill allowing you to design your own drinks.

This will not be drinks that convey combat or other alteration effects, purely flavour, much like cooking. This will include alcoholic and non-alcoholic drinks.

The Artist
This will be another design-based tradeskill for creating painted/drawn artworks. (I know we said we only wanted one, but we couldn't resist.) Sculpture won't be a part of this at this time.

What we need from you here!
* Suggestions for the name of the tradeskill.
* Medium and "canvas" type suggestions.

The Shipwright
This tradesperson we hope will be able to handle the creation and alteration of ship equipment (upgrades and moving), possibly the upgrading of ships themselves (no guarantee here), handle some customisation of a ship proper, and handle the dismantling of ships. 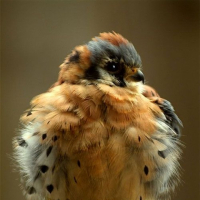