Jonathin Grand Rapids, MIMember Posts: 3,330 @@ - Legendary Achaean
September 2018 in The Golden Dais of Creation
Per request in the sewers, because apparently how I felt about it wasn't terrible and short-sighted or something, I propose a secondary credit market strictly for selling unbound to bound credits.
It would work exactly like the current credit market, except that I put my 1000 unbound credits up at 7000 each and when purchased, they are automatically and irreversibly bound to the person that bought them. No taksie-backsies post-sale. The benefit to the buyers is obviously that they can potentially get cheaper credits from those of us who would rather sell to people who need them rather than those who just buy and flip them up at exorbitant prices. I can't speak for everyone, but I would gladly take the hit in price if it means that more players can find the same joy that I did when I was new to the game and earning enough to buy a credit or two here and there.
Additionally, if people actually use the damn thing, it means less gold per credit, which means more credits needed for gold purchases- you can probably see where I'm going with this thought.
I'm not really the best person for writing out ideas, so others can chime in for or against or however.

My site will remain up, but will not be maintained. The repository will continue to have scripts added to it if I decide to play another game. Maybe I'll see you around in Starmourn!
Tutorials and scripts  The Repository
Tagged: 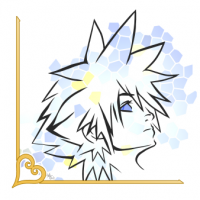