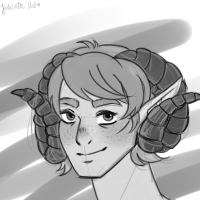 Ehene
June 2017 in The Blank Canvas
I don't know if this has been done before, but since it isn't one of the few recurring threads I see on Recent Discussions I figured I'd do a thing. Achaea has ample opportunity for the burgeoning writer, from personal journal entries to formal correspondence to room descriptions and more. As a result, there is a substantial amount of player-created literature throughout the game; houses, ships, buildings, paintings, objects, and creatures galore have been (usually) painstakingly crafted, chiseled into lexical sculptures as if carved from a marble dictionary. With this in mind, I would like to start a thread wherein people can share what they've sewn together from the 26 building blocks of our language. Descriptions of any of the above, or anything I've missed, are welcome! Critique may also be welcome for those who ask for it.