Sarapis Member, Administrator Posts: 3,404 Achaean staff
April 2013 edited April 2013 in North of Thera
Standing tall on top of the Ziggurat of Targossas - the Heart of Dawn - with one of the Pillars of Morning in the background in front of the Greater Eusian Falls, cloaked in the Righteous Fire. 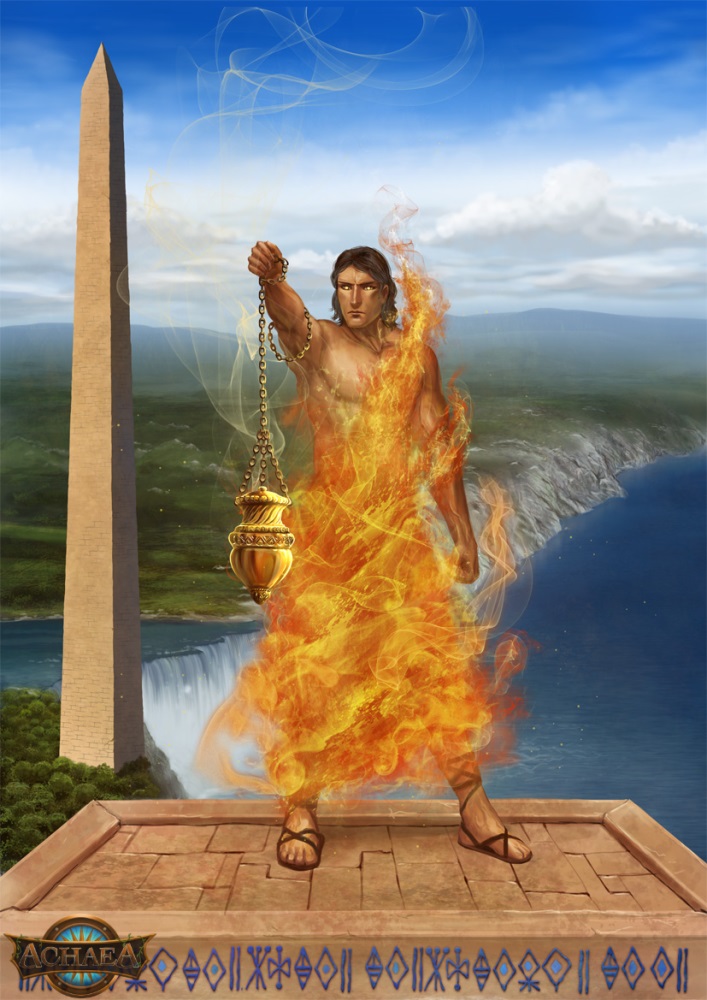