Jurixe Where you least expect itMember Posts: 1,748 @@ - Legendary Achaean
October 2012 edited October 2012 in The Golden Dais of Creation
I'm going to preface this by saying I know that this isn't anywhere near needed or high priority, but I figure it never hurts to ask.
The addition of black ink into Inkmilling was really nice. It allowed for the creation of things like black posters, black letters, even black warpaint, and since it isn't used in any actual tattoos, it exists purely as an RP device, which I really like.
With this precedent in mind, I was hoping it might be possible to expand that range a little and add a few more colours for the same purpose. What I would really want and will love you forever if you put in is either grey/silver ink (silver seems to make more sense since we have gold) but I'm sure other people can think of colours they'd like, too. I was originally going to suggest the letter colours in the Theran letter shop, but I realised they don't have silver letters (why?

) and I don't know why, but mixing pink ink seems really strange for some reason.
I know people generally probably don't really care what colour their letters or posters are, but little details like that really make a difference (for me at least) because I do attach some sort of significance to them. I'm sure I'm not the only one, either.
Comments are welcome!
If you like my stories, you can find them here:
Stories by Jurixe and Stories by Jurixe 2 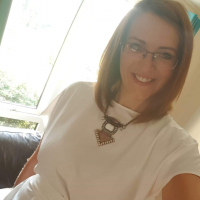