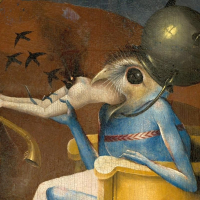 I haven't logged into Achaea in a decade, and I kinda doubt many people remember me since I've kept in touch very poorly (read, not at all), but I used to play in high school and was thinking back fondly on the game the other day and decided to pop back in and see what's up. Hi to anyone who remembers me and sincerely sorry for how unedited and verbose my writing used to be... What's the general feel of the game with player activity and city relations right now? Are things still busy enough to be engaging? How's the PVP community feeling about the state of the game and where is it generally concentrated? Just looking for a general State of Achaea type overview if anyone's got the time and inclination, don't need all the changes of the past decade obviously but curious how people are feeling about Achaea in 2021.