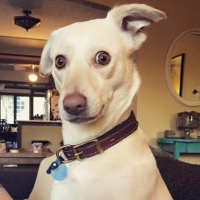 Having previously been a Minister of Development I was a bit surprised to find out recently that city locked doors can still be bypassed by souls. I had always been led to believe that if a player went dormant and didn't have sigils outside their subdivision plot we could city lock their door and keep their subdivision house safe until they returned. (Sorry for any dormant players I failed to protect back then!)

I also recently saw Idea 180 - "A lot of subdivision plots have homes on them built by dormant people and/or enemies. The only way to really secure them is walling them off which blocks the entire plot off. We should try another way for it like CITY SECLOCK DOOR REASON where it'd completely lock the door like walling it off except you can walk into the room. Maybe add something where only someone in the city rank X and above can unlock it." - and was curious is the collective mind (especially the ones that have been at this longer than I have and know more stuffs) thought of the idea, or is there a better way to secure dormant subdivision houses without throwing up a ton of walls and making the subdivision look like crap and harder to move around in.