Innovations from other games and MUDs 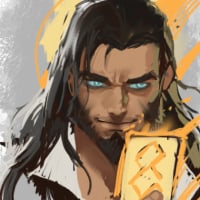 I believe that the main selling point of MUDs in 2021 is what they offer that no other existing online games can: immersive roleplaying, the chance to create (whether its crafts, your appearance, pets, houses, a new political ideology/religion, etc), a closer relationship with the shapers of the game i.e. the admins/Divine (maybe that's up for debate though, hah), and the possibility of making an impact on the game world and to have your name go down in history. That's the case for me anyway, after I spent a large part of the last decade exploring MMORPGs and other online games.

That said, I strongly believe there are features in the other IRE games that, if implemented here, could really improve upon any/all of the above points. Lusternia is the one I'm most familiar with (I stopped playing it in 2013), so that's where I'm drawing these ideas:

The Achaea library system isn't bad, but is also somewhat basic. Lusternia has really nice features that improve the user experience, such as being able to search for books by subject, keyword, or author, and more tools for librarians to organize and categorize books. I feel strongly about libraries because they are a crucial place to preserve and record in-game lore and history from the players' perspective. Here is the output of HELP LIBRARY from Lusternia:

Similar to the points above, we have a theatre system, but Lusternia's again feels better supported mechanically. The ability to record plays and watch them again is also extremely nice. Putting on a production can be labour-intensive and complicated. It's rewarding once it's done; more so if future players can witness your fantastic work for generations to come.

Despite Lusternia's sadly lower player count these days, their libraries and theatres are still frequently used, and I think that says something about the quality of the systems in place there (as well as the remaining players, I guess 😋)

Lastly, I appreciate the regular updates that Lusternian players get via something called the CHANGELOG. This is a great way to let players know things are happening to improve the game and fix little things on a regular basis. I know we have announce posts for that but judging by their infrequency, I imagine a lot more happens that we don't know about. Here is a list of changes the admin shared with players since May 3, 2021: 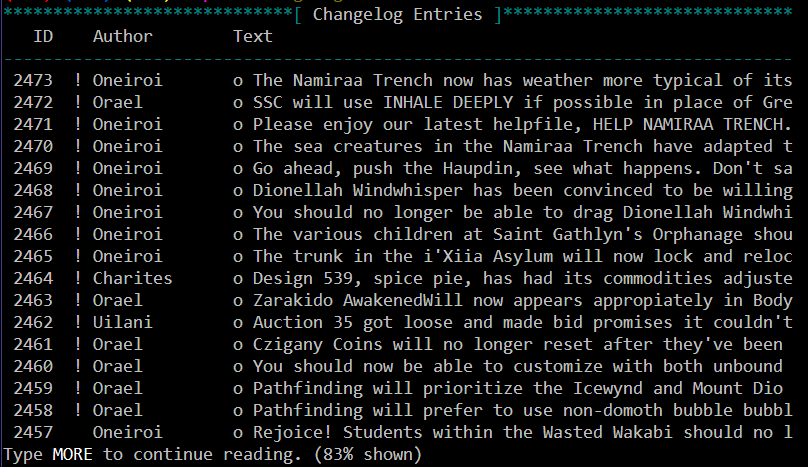 Thanks for reading if you've made it this far! All these ideas come from a place of wanting to see Achaea, and this genre as a whole, continue to stay innovative and relevant for years to come, and to create more reasons for people to try MUDs.

I didn't go into detail about the library/theatre systems because they're pretty deep, but happy to share more if anyone wants. I appreciate any thoughts/feedback and also to hear your own ideas for things you've seen in other games. They don't have to be IRE games, or even MUDs, but I focused on those here since I think they'd be slightly easier to implement (I hope)! 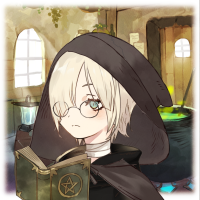 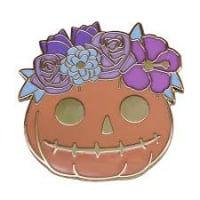