Using mobile/tablet as an input device

Shecks
December 2020 in The Golden Dais of Creation
Hi guys,

I've been playing with this, and found it was both very useful and very easy to set up, so thought I'd share it.  It's basically just a simple app that lets you create super-simple buttons that map to key presses (and other inputs) on your PC.  Zero technical skill required, and very useful.  I think it's very useful in combat, where I really don't like using F-Keys (and don't have enough of them), but it could be really useful for other quality of life stuff too - like refilling scripts, common emotes, or toggling system settings like SVO's paralysis>asthma setting, etc.   It just feels good to have a one-touch button to use for things like this.

Generally what you'll do is set a hotkey in mudlet and just map your buttons to your hotkeys (I use Control+F1 etc).

I am quite sure there are other apps out there better than this one, but it's so simple and easy to use I thought it'd be the best to demonstrate the idea as literally anyone can use this (on any type of smartphone).  This one is a free app called Deckboard, but there are many alternatives (I have another app called Lemur which is usually used for digital instrument inputs like drumpads, that can also be used for Mudlet - which lets you build really advanced UI screens that change dynamically instead of just being static buttons you can push, but that one is like $20 and requires a lot more setup.  There's another cheap/simple option called MATRIC).

Hope it's useful for some of you.

Quick demo of how to set up your button is shown below: 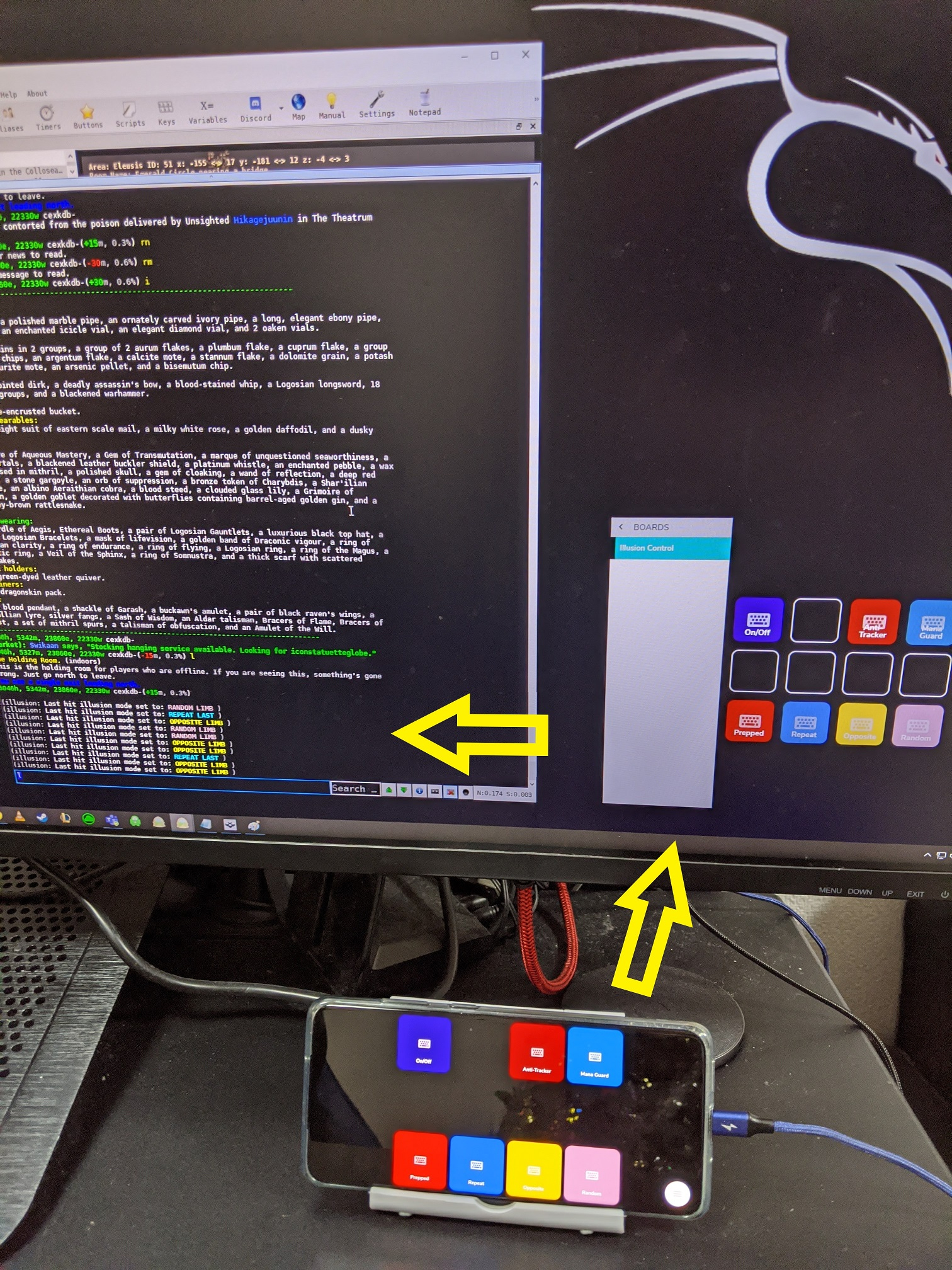 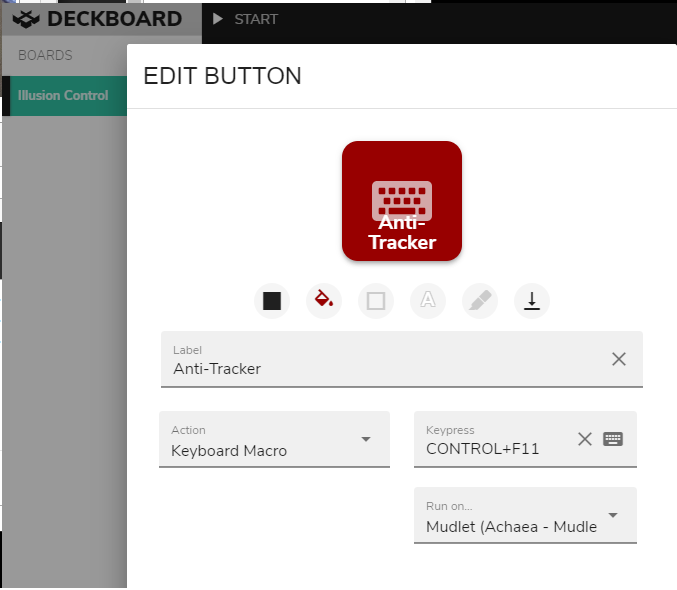