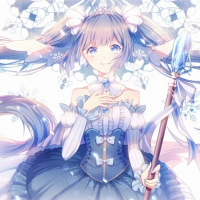 Yoruichi Member Posts: 1 ✭
November 2020 in Tech Support
So yeah, I -hate- mudlet. I hate it with a passion. People that suggest it to me only end up getting the ragemode reponse. I like Mushclient, but I am also a very amateur coder. I have been able to make a very nice combat assisting set of triggers and such to make hunting less tedious, but Nick Gammon really hasn't kept a lot of his plugins up to date and I just don't have the know how to fix them.

That said, I am seeking help with a couple gui things. The mapper has been having an issue where once I close out and close mushclient and shut down my computer, next time I log in, the mapper's database disk image is malformed and the mapper no longer works. I have to fully reinstall mushclient to get it up again and then reinstall my combat routines. I would appreciate some help either fixing this or acquiring a new mapper that is less buggy.

The second thing I am looking for is a chat capture. The stock one in MushClient already needs a lot of work to even work with Achaea, but then I don't have the know how to exclude NPC dialogue during battle. Thus, one fight, I get enough trash talk from an enemy to drown out whatever the capture caught from anyone else.

And finally, this is more a personal request as a person who has been active in city defense, I would appreciate a gui that kept track of PCs in the room. The idea I had for it would be a table that shows the people in the room, in a slot of what city they belong to, and a color to represent their class. I know it's super complicated, even a simpler version of this would be appreciated. I cannot begin to tell you how annoying it is to be in the middle of a battle, not know who you are fighting, because the spam won't let you see who is there for more than 0.0005 seconds, and then trying to pick apart what their name is from extensive complicated lengthy titles and what their holding....seriously, some of you have room appearances that take up 3-4 lines of text. It's nauseating. Would be so much easier to glance to the right and see Name1 name2 name3 under hashan and name1 name2 name3 under cyrene and know who to target.