Armali Member, Secret Squirrel Posts: 1,400 @ - Epic Achaean
October 22 in North of Thera
I want to express my dissatisfaction at how these capstone Seafaring activities have been handled, having now had every voyage on my log, and having a general understanding of how they all work.

902 - A Cursed Voyage
A recent change involving captaincy and ship requirements results in all sorts of possible bugs with the quest forgetting who is captain and what ship you requested the voyage for, resulting in sailing to very far, remote islands, only to find out that the quest forgot who the captain was and being unable to progress. Awards talisman pieces, but requires a very long sail for less rewards than some of the voyages below, has multiple failure points (someone killing a quest NPC, for example), and depends on items that can decay while you're waiting for recovery of the previous.

903 - A Smuggler's Voyage
Bug #10258, as well as a previous bug that was marked hopefully fixed twice, but is still occurring. The quest potentially resets the locations of quest givers mid quest, within 15-20 minutes. resulting in long sails that result in, 'oops, your princess is in another castle'. There's another bug that happens but that actually helps the player more than hurts, but it's still a bug. Does not award talisman pieces.

904 - A Treasured Voyage
Bug #10033, which has been bugged before. One of clues you're given to direct you to where you're supposed go seems bugged, since I've gotten it before and visited nearly every single possible location and nada. Does not award talisman pieces.

905 - A Tourist's Voyage
Disabled a seven months ago and still isn't back.

906 - A Captain's Voyage
The only voyage on this list without any real problems and is repeatable on a daily schedule. On the other hand, you don't know if someone else is doing it (thus blocking you) until you complete a 10-20 minute sail, which means you can waste a hearty amount of time only to have to cool your jets for hours until it respawns. Why can't we tell right away?

908 - A Grievous Voyage
Disabled in April, still not returned to us.

909 - A Surgeon's Voyage
As of the writing of this post, the quest giver isn't given out his quest for whatever reason (bug #10316) when all other conditions the same as previous when they were. In addition, it can just randomly fail to complete (bug #9929), and multiple steps can fail due to captain/ship identity issues, as described above in quest 902. This is at the end of an hour, hour-and-half long sail. Awards talisman pieces, at least.

910 - A Priestess' Voyage
I'm not sure anyone has ever completed this voyage since its introduction, because of the multiple bugs plaguing it. The recent Changes post described a bug that was fixed that resulted in the entire quest resetting itself if you performed a wrong step, a step you had to perform in the first place. The last step of the quest also seemingly is bugged (bugs #10011, #10012), as the clue is rather unambiguous but performing the action results in no response. Is it truly a bug? It's hard to say, because multiple times, sometimes has been reported, flagged not a bug, re-reported, then grudgingly recognized as an actual bug, and fixed.

911 - A Voyage of Sight
This one is plagued with bugs. The Changes post mentions chests not having gold. This comes on the heels of a previous bug that reported that they were broken in the first place, that cause them to be fixed. Another bug resolved was the appearance of messages globally that should've only been local. However, THAT bug fix resulted in the message being typoed, missing tokens and colors (bugs #10212, 10264). A certain NPC you have to kill has no short description (bug #10265). Unlike most other voyages, it isn't shared with crew (bug #10227). In a recent bug, the quest area becomes inaccessible within a minute of accessing it, contrary to how it's supposed to be (I know how it's supposed to be because I've done it) (bug #10317). Finally, the voyage bugs out on the next step. It's supposed to finish, then lead to the next voyage - however, it never completes, and and it never gives you the next voyage. (bug #10225) I managed to wrangle up an admin to help me during my attempt, and did get the next voyage, but it never completed itself.

912 - A Fog-wreathed Voyage
This one worked, as far as I can tell, but you're never going to get it, given the issues plaguing its precursor voyage. It also wasn't sharable with crew, and did not award talisman pieces, and anyone hoping for more lore will be sorely disappointed.

In the time since voyages were released, how many content releases have we had, above and beyond the monthly promotions? How many of them will inevitably be as buggy as these voyages? Is it too much to ask that some effort and resources be devoted into fixing what's already present, rather than create new content? Or, that some resources be devoted into ensuring bug fixes are tested and verified? How hard is it to see, for example, that the string you made no longer appearing globally, actually displays properly (bug 10212)? Or that a fix emplaced recently doesn't just break the functioning of the entire quest (the recent change to the Voyage of Sight, that seemingly now just prevents the quest wholesale from being performed). 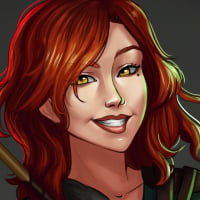