Zbaco
October 2020 edited October 2020 in The Golden Dais of Creation
So I was looking at the Ideas listing today, and realized that there are... 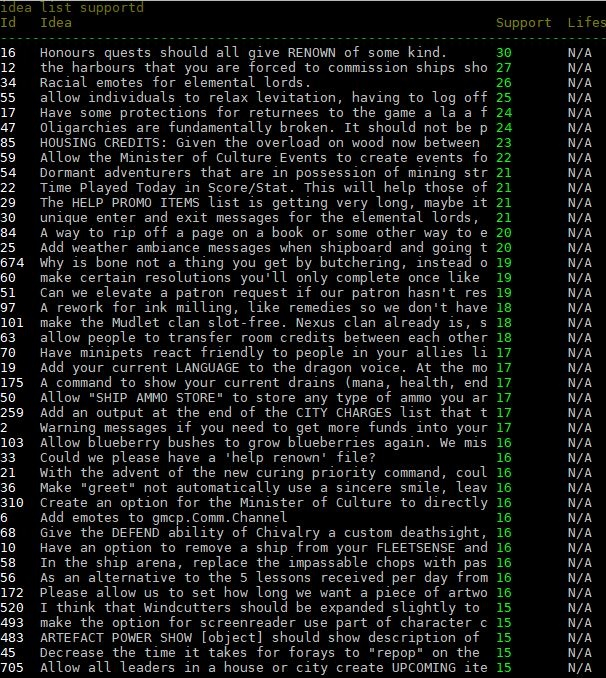 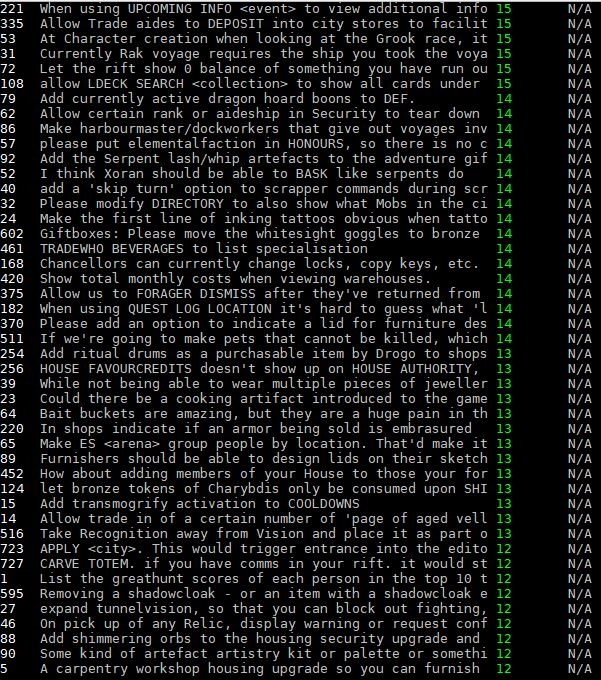 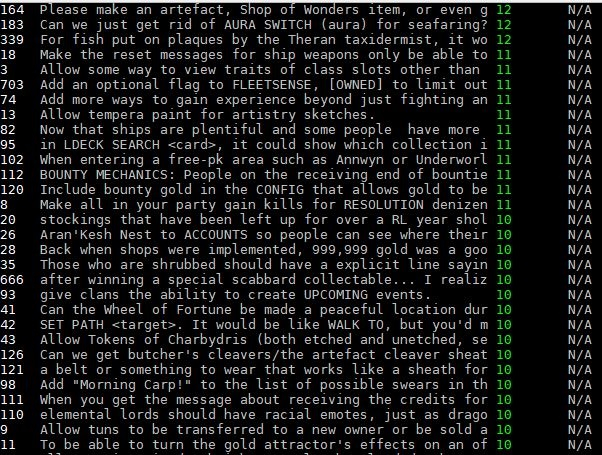 ...ok, a LOT of submitted ideas that have reached (and in many cases far surpassed) the 10-support threshold for admin review, yet are still on the list.
I do recognize the fact that Achaea's coders have lots on their plate and can only devote so much time to player-submitted ideas, but I have to admit it's a bit discouraging to see that ever-growing list with lots of good ideas and not having any sort of timeframe on when (or if) they will be implemented. I know there are a few that make it through the process here and there, but heck, the last "Inventive Ideas" post with more than a few ideas was November 2019, and the one before that was March 2019.
Admins, could you perhaps give us some insight on when the next batch of approved ideas might be due out, and maybe about the process an idea goes through on your side of things, once it hits the required level of support? I think that might help relieve some of the frustration players experience when seeing that massive list of ideas. Thank you!
2