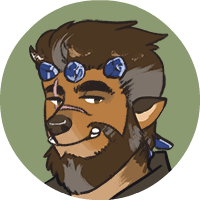 Adrik
February 2020 edited February 2020 in The Golden Dais of Creation
So I know what you're thinking. "RAHHHHHHHH ANOTHER SUGGESTION / RANT THREAD!"

I come with a semi-decent idea in my mind, and am open to criticism.

What if we made the first class slot.. free. Based on Attainment. You hit level 80 (or 70, or whatever), and you get completely tri-trans in that first slot. Always.

This solves a number of issues, also in helping novices get a leg-up in the world. It also solves the problem of factional classes (at.. least in the first slot. Being able to recoup the lesson investment if your class is fucked over by factional should probably be baseline, but whatever).

"Gee Adrik, how are we going to still make money off of lesson packages / New Play Lesson Package?"

The first class slot should be the baseline expectation, and it falls within typical MMO-Faire. You play, your first class gets stronger as you level up until tri-trans. The New Player Lesson Package can then be spent on other things, such as.. Vision, Tattoos, Miniskills, Probably raising Avoidance, etc.

It's not a great solution, but I am completely up for actual constructive criticism or feedback.


EDIT: This also has the upside of letting people actually test-trial classes (without arties) to see if they actually want to play as said class. Useful. Probably only allow people to change their 1st slot class every 3~4 days, but let them revert to their previous class with a 4 hour grace period for free if their new one isn't to their liking.
2