Makarios Administrator Posts: 1,971 Achaean staff
January 2020 in North of Thera
We've been reading over the other thread and there's some fair criticisms of the current system in there. We'll be discussing a few other points of interest in the coming days, but a big one we'd like input on is the proposal below.

Currently war points serve as an internal tally and don't do anything else. We are considering letting them be spent: they'd probably be renamed from war points if they gained a more player facing role, but don't worry about that for now. Spending points would not impact on your tally for the war, think of them as two separate gauges: when you do an action both go up. One is relevant to the current war, one is spendable points and would track over multiple wars etc. This would ideally give underdogs a reason to participate, as even if they couldn't win the war they could obtain valuable assets over time.

So, though you're welcome to comment on that aspect of the proposal, the thing we'd really like input on is what would be attractive things these points could be spent upon. Don't worry about exact costs for now, you can suggest something be cheap or expensive but we'll hash all that out once we're happy with the listing. Some examples (not set in stone, this is very much a rough concept at this stage):

- The ability to boost a tank by 30% (only useable once per tank). Probably relatively cheap, but still costly.

- The ability to instantly shatter all shrines to a given god, regardless of consecration or level anywhere in the city. Costly, scales per shrine destroyed.

- The ability to convey a considerable bonus to experience for groups of citizens that hunt together. Probably cheap.

- The ability to immediately refill your font. Probably fairly costly, but no limit on how many times you can do it.

- The ability to shatter the orb improvement for the next achaean month over another city. Costly!

- The ability to boost your guard cap by a decent amount for the next Achaean year. Probably about equivalent to an additional barracks, probably pretty costly - I would not want to see this being spammed.

- The ability to empower your guardian in some form. We're still discussing specifics here, this would probably be a very expensive thing and one of the avatar esque longterm goals.

Of course, these should be quite good benefits, as these points will be a very limited resource. They will be spendable outside of wartime once acquired. 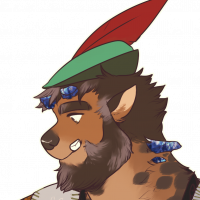