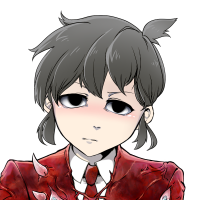 Palusa Member Posts: 75 ✭✭✭ - Distinguished
April 2019 edited April 2019 in The Scarlattan Theatre
I've always had a (decidedly amateur) interest IRL with cryptography, the idea of a layer of subtext hiding under a cipher (especially one that on first sight presents something OTHER than a cipher, or a cipher that hides itself within a cipher) I am unaware or have yet been unable to find many achaean examples. There's been some amazing languagecrafting I can see in the basic lexicon of the talking crystal people, and there's a smattering of phrases and words with translated meaning in various Achaean languages, but I'm asking if anyone has a good example of a whole text, or "rosetta stone" example, or an example of a cipher employed in the game's lore.

The point of this is I've been working on a little side project on and off for a long time that I am tempted to try and bring into Achaea(Read: Not working non-stop, working in little bits occasionally instead) on creating a text-version of the "Voynich manuscript" a document in real life I will not do justice by describing it as an encoded/possibly faked book filled with illustrations and a presently untranslated code. Have a look at:

If that's whetted your appetite. What I want to do is make something of a far smaller and reasonable scope in game, that (partly) uses ciphers and described images to tell a story between the lines. It would be between (if exasperated)7 and 15(best hope) pages, about a third described images, a third enciphered text (mixed sometimes with unencoded, potentially encoded within the unencoded!) It'll likely take me a while to get anything to an acceptable standard but at this early stage I thought I'd see if anyone had done something similar before, or if there exist some Achaean examples @Palusa should be inspired to go look at.

Here's an example from an earlier draft I'm not using to give you a sense of what I'm doing and where I'm at:

shn MASTER fdtnl brloayf, oea kiprgst kwzxhloayf am HIS mbhchmyl.
vr loe plxavao znrts HE xoka cbh whadwb: thrixjnigu.
ek ymunlrf seoy khb ivrudaa halts oyikalvfrs iyi eeps mxvp peoy hon mgubhb dy hbnr glzk xqlbn cbh aaaaaaaaaa, lbo lkb drpphke khb mncdaw.
sa ywk nxvfxp hn lzrur vhov: ydeb loe gdxzk aa sx pdsdn, kova cbh zgoadb qq peh bngv eqkf jeoaxk, dkc MISERY jxndp lyl zzmrrs qxyw rql qtvgh naxm vokdphi aezw xr cbhdx csoda vq nxua lkojvvs, lbo saru cu sek zwocqzq xg ct haob quu naxm ilwse.
[A scene is depicted below of a titanic figure of ashen skin and muscular form presiding over two figures, one cloaked in form and another kitted in knightly raiment, both kneeling before him. Beside his open mouth are two images: one of a dagger and another of a sword.]
This particular part uses a classic (and basic, since the idea is that ANYONE reading the thing should be able to decode it with some basic work, pen and paper) Beaufort cipher, that itself has a key (which isn't mentioned in this part, but would have been mentioned in a previous page that also features a "Rosetta stone" type scenario that would allow someone with patience to just brute force work out either the key or just translate enough to work it out) and tells via story of another cipher coming up and how to crack it. If you want to play around, there's online Beaufort decoders and the key in this one is "lordofevil".

So in short: Ever seen anything like this in Achaea? Let me know/share your stories! What do you think of the idea? Is it fun? Is it absolutely awful? Will I bury a golden hare in the middle of Thera and draw an artisanal entry that hints at where it is? Absolutely goddamn not I can't draw worth a damn.