Kiet Member Posts: 3,263 @@ - Legendary Achaean
May 2018 in The Universal Membrane
Welcome to the third month of the Achaean Book Club! We had a tie for what book to read this month, so obviously my vote was the tiebreaker because I'm running this, dwi.

The book for this month is The Last Unicorn by Peter S. Beagle. As usual, Goodreads has a variety of places to buy it from in both physical and ebook form.

Starting questions for discussion (but feel free to discuss whatever comes to mind, or post quotes you like, or ask questions if you're lost).

It was January 2021, and Rick Deckard had a license to kill.
Somewhere among the hordes of humans out there, lurked several rogue androids. Deckard's assignment--find them and then..."retire" them. Trouble was, the androids all looked exactly like humans, and they didn't want to be found!
The Handmaid's Tale, Margaret Atwood
Offred is a Handmaid in the Republic of Gilead. She may leave the home of the Commander and his wife once a day to walk to food markets whose signs are now pictures instead of words because women are no longer allowed to read. She must lie on her back once a month and pray that the Commander makes her pregnant, because in an age of declining births, Offred and the other Handmaids are valued only if their ovaries are viable. Offred can remember the years before, when she lived and made love with her husband, Luke; when she played with and protected her daughter; when she had a job, money of her own, and access to knowledge. But all of that is gone now...
Ombria in Shadow, Patricia A. McKillip

Ombria is a place heaped with history -- and secrets. There is a buried city beneath it inhabited by ghosts, accessible only through magical passages and long-forgotten doorways. When the Prince of Ombria dies suddenly, his wicked great-aunt Domina Pearl seizes power by becoming regent to the prince's young son, Kyel. Minutes after the prince's death, Domina kicks Lydea, the prince's longtime mistress, out into the streets to die. But she is saved by a strange girl named Mag, a supposed waxling created by a powerful sorceress who lives underneath the city. With the help of Mag and the prince's bastard nephew, a strange, silver-eyed man obsessed with drawing, Lydea tries to save Kyel and somehow defeat Domina.

The Left Hand of Darkness, Ursula K. Le Guin
A groundbreaking work of science fiction, The Left Hand of Darkness tells the story of a lone human emissary to Winter, an alien world whose inhabitants can choose -and change - their gender. His goal is to facilitate Winter's inclusion in a growing intergalactic civilization. But to do so he must bridge the gulf between his own views and those of the completely dissimilar culture that he encounters.

Embracing the aspects of psychology, society, and human emotion on an alien world, The Left Hand of Darkness stands as a landmark achievement in the annals of intellectual science fiction.
Never Let Me Go, Kazuo Ishiguro

As a child, Kathy – now thirty-one years old – lived at Hailsham, a private school in the scenic English countryside where the children were sheltered from the outside world, brought up to believe that they were special and that their well-being was crucial not only for themselves but for the society they would eventually enter. Kathy had long ago put this idyllic past behind her, but when two of her Hailsham friends come back into her life, she stops resisting the pull of memory.

And so, as her friendship with Ruth is rekindled, and as the feelings that long ago fueled her adolescent crush on Tommy begin to deepen into love, Kathy recalls their years at Hailsham. She describes happy scenes of boys and girls growing up together, unperturbed–even comforted–by their isolation. But she describes other scenes as well: of discord and misunderstanding that hint at a dark secret behind Hailsham’s nurturing facade. With the dawning clarity of hindsight, the three friends are compelled to face the truth about their childhood–and about their lives now.

In 2025, with the world descending into madness and anarchy, one woman begins a fateful journey toward a better future

Lauren Olamina and her family live in one of the only safe neighborhoods remaining on the outskirts of Los Angeles. Behind the walls of their defended enclave, Lauren’s father, a preacher, and a handful of other citizens try to salvage what remains of a culture that has been destroyed by drugs, disease, war, and chronic water shortages. While her father tries to lead people on the righteous path, Lauren struggles with hyperempathy, a condition that makes her extraordinarily sensitive to the pain of others.

When fire destroys their compound, Lauren’s family is killed and she is forced out into a world that is fraught with danger. With a handful of other refugees, Lauren must make her way north to safety, along the way conceiving a revolutionary idea that may mean salvation for all mankind.
A Wizard of Earthsea, Ursula K. Le Guin
Ged, the greatest sorcerer in all Earthsea, was called Sparrowhawk in his reckless youth.

Hungry for power and knowledge, Sparrowhawk tampered with long-held secrets and loosed a terrible shadow upon the world. This is the tale of his testing, how he mastered the mighty words of power, tamed an ancient dragon, and crossed death's threshold to restore the balance.

Do Androids Dream of Electric Sheep?
16% 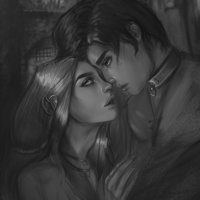 2 votes
A Wizard of Earthsea
8%