Include weapon descriptors in death-sight that mention weapons in them 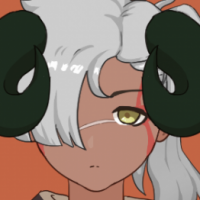 Shirszae Santo Domingo
January 2015 in The Golden Dais of Creation
So, a fairly simple idea, and one that is at least partially implemented already with serpents and their whips. For those who are not aware or have not paid attention, when a serpent successfully executes someone with their whip, the resulting death-sight shifts slightly to reflect the exact type of whip used, be it a generic iron-tipped, a custom one, or whatever. I always thought this added a nice little touch, and with the changes to forging, it would be very nice to see the functionality expanded for all death-sights that include weapons in it.

For example, CLEAVE. I believe the usual fare goes along the lines of, "With a powerful swing of her bastard sword/longsword/scimitar/whatever, X has completely destroyed the body of Y."

It would be much more interesting and fitting now if, instead of just keeping to generalized line, the line included the actual descriptors of the weapon that was used in the cleave. So the above would read, for example, "With a powerful swing of her archaic, scarred bastard sword, X has completely destroyed the body of Y."

Anyway, opinions on the feasibility of this? @Makarios @Sarapis @Tecton‌

PD: Haven't slept at all, so my English might be a bit stilted. My apologies if thats the case.


And you won't understand the cause of your grief...