Made this thread last week, but it's bugged.  (from http://forums.achaea.com/discussion/2512/bm-limb-counter-manda#latest)

Despite some claims that it wasn't possible, and with the help of a lonnnng list of people, the blademaster (and several other) limb damage equations have been solved.

In conjunction with this, I noticed something: There were currently no high-quality (publicly available) limb counters available, particularly for Blademaster.

Thanks to a brief stint of "free time" lately, I decided to spend some time building a limb damage tracking system.

The design goals of the system were... not exactly modest:

As of yet all design goals have been met, with one exception.  As of now, the system is fully functional with most classes that use limb damage - however - I have not been able to completely test it with a few major classes.  I am releasing the project to Blademasters first, which has been thoroughly tested by multiple people, and has been proven accurate to a single hitpoint, from 500-~11,000hp, with all bands, stances, and so on.

One other thing I'm proud to present is a very useful real-time "prep path" algorithm for Blademasters (screenshot), which outputs the most efficient route to putting limb pairs into double break range (yes, respecting main and off-slash damage, specifically).  The path is updated every single time your target receives limb damage, or whenever you change stance, change target, etc.  The algorithm also (optionally) respects your target's parry strategy, and will find a route with their strategy taken into account.

For the full list of features (there are quite a few more) as well as some combat log demos (coming very soon), please see the Manda website.

I'll follow up with a few combat logs to demonstrate the system in action.  I also expect the Knight release (all three) to be released in the next several days, followed closely by all other classes within the next several weeks.  Staggering the releases will help me contend with minor bug fixes quickly, as they present themselves, and will give me enough time to help people get the system set up and incorporated into their own combat styles and/or systems.

I'd also like to make a big thank you to a long list of people who helped with the limb damage testing, as well as coding, of the project.  Big shout-outs to @Seragorn, @Isaiah, and @Vadimuses for either direct or indirect help, as well as to the two-three dozen individuals who let me hit them for hours to develop and test the various equations (@Aelios, @Linus, @Qara, @Iskla, @Reonna, @Goggo being some of the big ones!).  Also props to @Dorn whom I've never actually met, but whose GUI was used as a starting point for Manda's.


To those already using the system, thanks for your support and participation, and have fun! 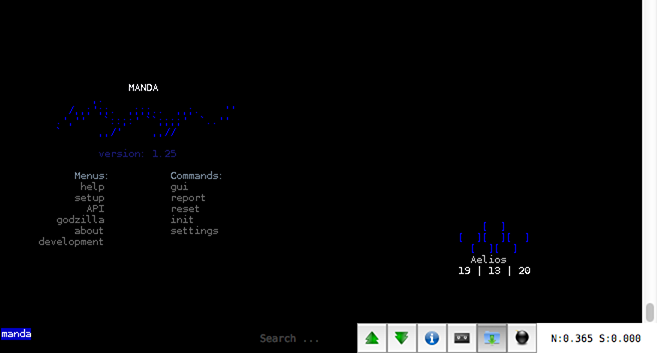