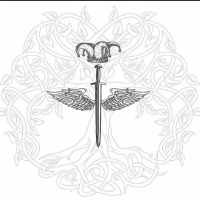 Sorry if this seems negative, it's not meant to be. Just trying to explain so I can be given the proper help. Also I apologize for the length. Also if not allowed to post, than delete.

I have to start a little about my past gaming experience because I think it ties into my issues.

I played Oregon trail and legend of the red dragon in the 90s on PC, they were very simple DOS games. My first console RPGs were Dragon Warrior 3 and Final Fantasy 4, were one utomatically got your skills as you leveled. I hated FF7 and those that came afterwards.

After that from 1997 to 2011 I played table top RPGs. I played chaotic neutral (not chaotic stupid) Damage dealers, mainly warriors or monks in DnD. All I had to do was roll initiative (when applicable) and use my one attack. There was no Role-playing, you talked like you would in that situation and unless it was something severe, metagaming / OOC was ignored.

I tried to be a healer but defending myself would always come before healing the party and people complained that I wouldn't sacrifice my character to heal the parties. There also was no use of skills, which is why I quit because I was tired of nothing but hack and slash.

I have played a few mmorpgs but there was no role playing in any of them. Final fantasy XI, City of Villians, DCUO, Champions online, WOW. I never had to use macros because all I ever had to do was my one attack. Again all I played was a damage dealer. I tried to player a healer once in FFXI, every party had a power leveler or power healer. Before I knew it, I was high level and couldn't keep up with the healing because I didn't learn as I was leveling. And the PVP experience in these online games ruined PVP for me, I don't like it.

An acquaintance suggested Achaea on reddit. I looked at the class skills and was immediately overwhelmed by the sheer amount per class but I liked grook and knew it was for me, especially since we both have add. Being a frogman Eleusis was the only city that made sense to call home. Two out of three choose themselves. Now for class.

I saw RP was required. I figured playing a smart mouthed antagonistic clown that went around bopping NPCs on the head and throwing water balloons at my fellow characters would be easy. So I chose a Jester and learned my perception of the class was wrong. The class is a gypsy that uses pranks instead of curses. And If I went pranks exclusively the character would be very weak and frustrating to play.

The game was refreshing at first. It was different, especially the other players and that difference made me wanna learn how to and play even more.

I'm very introverted and don't feel comfortable asking others questions In game, especially over open chat. I prefer to find answers in forums, where the spotlight isnt on me. Unfortunately I am not finding any basic teaching walk through strategy guides or suggestive class build guides, which should be able to be done without giving away the game. And are found on pretty much every game forum I've been on.

I am near level 60. I didn't or dont feel like I learned anything from the newbie section and because I went the wrong way from the jail, by the time I found BEKU, I was about to be tossed from the Newbie rooms. I still make the mistakes of occasionally attacking the wrong NPCs in rooms outside the city (Mingruk for example) in Manara.

I am tattood but I don't think about them, pretty sure if I check at least my boar tattoo is gone. Someone told me how to auto drink potions so all I do is check my inventory on occasion and refill when necessary. And I've only leveled with a tutor once because I'm pretty sure Jester isn't the class for me.

Also I had my first insanity warning this morning when I was saying goodbye to another character, wishing them good luck and reminding them not to forget to clot. I didn't think telling someone to remember to use first aid on their wounds was OOC but I guess I was wrong.

At first I wasn't taking notes but at some point, I realized I needed to because there was way to much being thrown at me all at once. I kinda wish the newbie section would've capped my level & xp but not let me leave until I completed tasks that showed I had a general understanding of how to play. I was reading on google and saw someone give suggested areas to train in for specific level ranges. They mentioned clotting to stop bleeding. Something I wish I knew about 30 levels ago but didn't see anything about that in game or on the forum. Probably would've stopped me from dying near or over 30 times.

I kept getting told to complete my tasks. I did and joined a house to complete the tasks. Now I'm getting hounded to select a mentor. I don't get the clock conversion and help time/date isn't helping, and every mentor seems to be getting off withing an hour or two of me logging on. I get on 12am est to 5am est majority of the week but will get on during the day if I have free time.

On top of that, the mentors all have requirements of their students and the house wants to know my character goals. I don't think surviving, enjoying life and spending my days learning who I am, would be an appropriate response. I'm a newb, how am I gonna have real character goals if I don't know how to play the game?

I want to play a PVE class/character closer to my personality. One where I can be introverted and don't have to say anything unless need be. Especially since people in other rooms wanna talk to me and distract me during combat, or I dont see someone trying to converse with because I'm in combat.

(How talking to anyone not in your room/area without using a tell, isn't insanity for anyone not a psychic is still beyond me but that's the same in all MMOs. Lol)

A class where I have a full suit of armor from head to toes. And where all I need is a weapon to deliver 1 main attack like bop and a shield. A class super simple (yes I said that), where the other skills dont matter too much in PVE and I can learn to use them over time at my discretiom, or are auto skills that I dont have to do anything with. And where I don't need any special items like artifacts.

An Infernal looking for redemption, sworn to defend nature in Eleusis seemed like a good idea but the class is banned, I don't get why. I've read monk requires artifacts and use of multiple combat skills. I guess that maybe leaves blademaster, idk. I don't wanna give up on the game yet.

The game is starting to feel like a corner store job and not a game. I'm taking a break to try and read more on it.

IRL I am a security guard. They trained me in a bunch of skills I never use and the company makes us take refresher courses at least once a year to keep us from forgetting anything. All I do is watch cameras for 7 hours, walk around scanning stickers on my phone for the 8th hour, while praying no situations arise to cause my anxiety to spike. I want my character's class to be just as simple if possible, all I wanna do is log on relax and have fun. There's enough stuff going on to stress about, I don't want my character/achaea to add to them.

If you made it this far, thank you for your time and any advice or information you can share.