Arithorn Member Posts: 6 ✭✭ - Stalwart
February 2020 in North of Thera
For those that remember me, it's been a while, for the rest ... Hi!

I've had an idea in the back of my head for a while to build a Mobile client for mudding.  I'm a parent and work full time which means my time to sit down and play games these days are severely limited - so why not make it more accessible while I'm on the go?

I'm not one to carry around a tablet (might as well break out my laptop) but the idea of putting a Mud Client in a usable fashion on a mobile phone has piqued my interest.  So I build a concept, obviously the features are bare bones, the UI is, frankly, awful and there are still a couple of bugs in the protocol handling, but I think the concept works.  Before I spend the next few months on it, I wanted to know what the community thought?

In this short video, I wander around a bit using gestures and bash a couple of mobs, the client also summons a priests mace, applies selfishness, picks up gold and a few other minor things.  Really keen to get feedback on this - would this be something you would use?  What are the features you would require to make it useful to you? 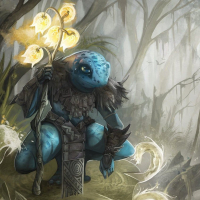