Andraste Member Posts: 30 ✭✭✭ - Distinguished
February 11 edited February 11 in North of Thera
I hate that the most recent string of posts have been targeted at the administration, but I get the impression that the Garden does want to provide a positive experience in the game. I merely wanted to highlight some issues that I've been experiencing. That being said, I do enjoy the War set. It seems to be a good one (and most items are useful) so far from what I can tell.

I've submitted a series of bugchecks and issues about problems with the new War set. It's been 4 days and i don't think the bugs/issues have been even assigned.

*The war talisman set info hasn't been populated
*The gilded bit that i fed to my mount went poof. Never got to even use it.
*Also had a question about the functionality of the rotting remains but anticipating a 'working as intended' response so I didn't bother submitting it because of the lack of response about the other two issues.

Is it customary to have to wait this long for a response/fix for something that was newly released ?
(I had a similar issue with the logosmas pike, and after having waited over a week for the bug to assigned and 'fixed', only for it to continue to be broken in the same way, and my second bug to be left unaddressed, I just went ahead and traded it in and deleted the bug)

This are examples of the feedback that has been given around concerns about quality of product being released through the monthly promotion system.

While the community appreciates the administration taking feedback about promotions, these are the kinds of issues that harm confidence in the administration and ultimately undermine people's interest in paying their hard earned money. I will be voting with my wallet this month and won't be purchasing into this promo. 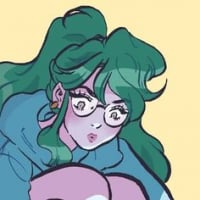