Skye The Duchess BellatereMember, Seafaring Liason Posts: 3,169 @@ - Legendary Achaean
June 2019 in The Golden Dais of Creation
Instead of being like, super mad at everything all the time, I'd like to do a wishlist.

Some rules:
1) This is for QUALITY OF LIFE upgrades only, not combat. You can include something to do with your class skills, but only upgrades with no overt combat implications. I know there's usually a bleed.
2) You don't have to write anything super elaborate as to why you want this, but your wish should be detailed enough so that people can picture it.
3) No commenting on other people's wishes. You can like it if you also want it, but we don't want any 'lol that idea's dumb' stuff. 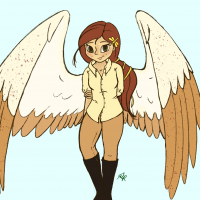