A couple of quick class questions 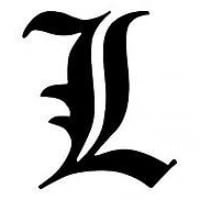 Lalankal Member Posts: 3 ✭
May 2019 in Quick Class Questions
Greetings! I've recently decided to give Achaea another shot after being essentially a lurker for the last couple of years. However, I wanted to get some information about a couple of classes before I make a commitment to playing one. To be upfront, I'm mainly going to be interesting in bashing at the start, and I'll likely branch out into other things as I go. I've never really been a great combatant, but I would like to possibly engage in some low end PVP or group stuff. I'm going to be completely unfunded outside potentially the no brainer lesson packages.

I know that Knight classes are recommended for this, but I've honestly been knight over my last couple of classes, so I'm looking to shake things up a bit. My main two options at the moment are Magi and Psion. I've never really had much experience with Magi, and Psion as a new class interest me. I'm assuming for Magi that it relies mainly on Con/Int with Int being more important since I believe diamond skin eventually scales based on it, correct? How is the bashing/PVP scene for Magi? Honestly, the last time I played one was way before golems were even a thing.

For Pisons, I've been reading through some of the threads (why no Pison class section?), and I noticed it mention that they are absolutely dreadful at bashing. Does that still hold true? Also, I believe I read that they are also a Str/Int build class similar to how Monk functions? The idea of their PVP being able to split off into so many different kill routes interests me, honestly. However, I'm not sure I'm completely sold on the summoning weapons for the briefest of instants flavor the class has.

If anyone would like to recommend another class with similar combat mechanics or routes to Psion, I'd be all ears. I'm basically looking to play with a class that's outside my comfort zone of knight/monk. I typically tend to stay away from factional classes, but I'd be willing to give those a swing as well if the flavor/mechanics could also be interesting. I just ask that people keep in mind again that I will be playing without access to a large credit cash like some returning/retiring players have. Thank you again for the input, and I hope to see you all in game soon! Though, it will likely be as a different name.
Tagged:
0