Staff of Nicator in 850: The journey from zero to hero. 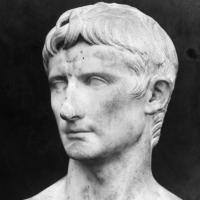 Augtavian
November 2017 in North of Thera
Hey there.

I'm probably insane, this probably won't work, and this thread will end forgotten and abandoned. Then again, what if it does work? It's something I've had in mind for a long while, creating a journal/blog for my own amusement to trace the rise of my own character. So I picked a goal I think I may be able to obtain someday, winning the staff of Nicator. More than that I wanted to rise above what meager littler I have managed to accomplish on my other characters in Achaea. So here goes.

I am an absolute sucker for any thing ancient Roman. I love it all. From the myths, the way the Legions functioned, the daily lives of the citizens. Without shame I decided that I'd name my new character after one of the most (if not most) influential Roman ever, Gaius Octavius Augustus. It was probably hubris on my part to think that the name Octavian or Octavius would be allowed. I'm not sure how they decide which names are allowed or are not, but as you're reading a post by Augtavian... Yeah, it was a no go.  Dead set on the name I think I was pretty cleaver in dropping the Oct and picking up the Aug. Who knows, maybe I'll get a bestie who is awesome at combat named Agrippa.

Augtavian's namesake was a sickly individual (who somehow managed to make it to the rip age of 75.) So with the name picked and that in mind I chose to play as a Magi, eschewing a more physical class for something more magical based. There wasn't much thought put into picking human, it's just the race I felt like playing. My choice of city however I did put a lot of thought into.

I've never played in Mhaldor, and know very little about how they operate or act. I've been playing there for about three days and ooooooooboyo let me tell you, I'm impressed. Within 10 minutes of joining my house I had three people reach out to me to see if I needed help. Then there was the ritual last night (which was amazing) and a nice discussion with my new mentor.  The RP is frequent, intense and already left me feeling like I'm going to really need to step my game up if I want to hang.

It's time to end this because I need to start hunting up some gold for tattoos.