Ok, before I begin I'd like to go ahead and admit that I am still relatively new to the Serpent class. I have however been experimenting with Pickpocketing quite a bit lately. To be frank, I find the theft ability as is quite disappointing. I've heard all the old stories about how theft used to be, and how griefy it could be. But I think the current system is too far to the opposite side. I want to make it clear that I am not calling for an all out change to old ways. But I'd like to see an open discussion about how things could possibly be changed to achieve a balance. I realize that people don't like losing possessions or earned coin, but in a living breathing fantasy world, that's part of the risk you take. As it stands right now, the only things it's really possible to get are amounts of gold 5k or lower, sigils, and letters.

With how things are now, theft is not only easily avoidable, but almost impossible to pull off a good, significant theft. You've got bell tattoo that warns you as soon as someone looks at your possessions (Countered by Mesmerise, a skill you don't get until you are completely transed in hypnosis vs Bell a skill about 182 or 183 lessons into tattoos) and Selfishness (Can be stripped, if you know the pickpocket timing). Two perfectly good skills to help prevent theft.

Now, consider I have a target who has sigils and letters in their inventory, but no gold. I've done this multiple times since I started thieving. I'll drop the selfishness, time it perfectly, and still get told they have nothing of value. They have journals, backpacks, books, all sorts of stuff but "They have nothing of value." Targetting pickpocket does it exist, and it's supposed to have a chance of success. However, I have continously tried targetted pickpocket (Including with Mesmerise), and have never succeeded a single time. It has been every single time an immediate "You are discovered." mesage. The Admin who handles Issue Me's has even said that the chances are currently very, very slim to even accomplish a targetted pickpocket. So I'm thinking we need to increase the success possibility of this so that there actually is a chance of pickpocketing an actually significant item or items.

I'm not suggesting we go back to the old means of theft by any means, but I would like to see an open discussion about how it is now. I'd also like to see other ideas that could possibly improve it without making it imbalanced in either direction. Being a victim of theft does suck, yes, but it's part of the risk of being in an open and player inhabited world such as Achaea. 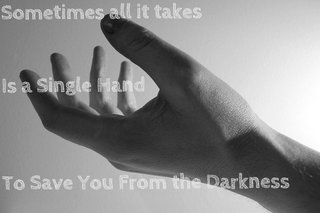