Sena Member Posts: 3,957 @@ - Legendary Achaean
January 2014 in The Scarlattan Theatre
Couldn't think of a better topic title. Basically, what I'm wondering about is this: Has anyone else tried to play a character more creative than themselves? How hard is it to "fake" something like that? If I'm terrible with words and couldn't write even a mediocre poem or song if my life depended on it, and would have trouble even writing good descriptions for physical artwork (sculptures, paintings, etc.), how likely is it that I could play an artist or singer?

This is something I've always been curious about, but I've never tried. For my new character though, I've been thinking of trying something entirely outside my comfort zone, and wanted to get some thoughts on it.

On a related note, given the above deficiencies, how hard a time would I have in Ty Beirdd? I know almost nothing about the house, could I get very far without good writing skills? 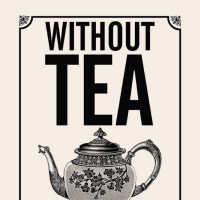