Blujixapug Member Posts: 1,833 @@ - Legendary Achaean
October 2013 in The Universal Membrane
So this started as a joke, but then I started to think about how it might work.

I played a little Magic, and a bit more of Pokemon, but I don't have much experience with CCGs in general.

I figured it should be a relatively simple system, if it was intended to be a game played within Achaea itself. But it would need to have enough complexity to permit a wide variety of cards, if it's going to be a truly collectible game, with the potential for new cards to be added later on.

My first draft was...

There are three card types: heroes, constant effects, and instant effects. You'd make a deck of say 50 cards, deal your hand of 6 cards, have a discard pile, have 'in play' cards.

Both players gain morale each turn, something like 1 + (1 per hero they have in play). Morale is used to play heroes, with more powerful heroes having a higher morale cost. Morale does not carry over between turns - any that's unspent is wasted. So you'd need to spend a couple of turns at the start playing 1-morale heroes, until you have enough in play that you're gaining enough morale per turn to play Tanris your higher-morale-cost heroes. If all your heroes got killed, you'd be back to playing 1-morale heroes for a couple of turns.

Heroes I guess would have a health stat and an offense stat, and may have additional effects. Not sure on this bit.

Hero cards would primarily be themed after the six cities, plus NPC cards, and maybe a rogue type. Constant effects and instant effects would mostly, but not entirely, be more general in their themes. You could make your deck out of cards from one single city, or multiple cities. Different cities would have different themes that may encourage or prohibit this, eg. Targossian cards might have effects like 'the purity of the Light grants all heroes +1/+1 if you only have Targossian cards in play'. A Mhaldorian card might have something like 'sacrifice a non-Mhaldorian card to gain +2 strength'. Cyrenian cards might encourage diplomacy via a more diverse, multi-type deck.

I'm not sure how victory would be determined. IIRC Magic does it by giving each player 20 health and letting cards attack that health pool, and Pokemon does it by having each player deal six 'prize' cards face-down at the start of the game, draw one each time an enemy Pokemon is knocked out, and win when all six prize cards are drawn. A Magic-style health pool seems most straightforward.

Houses and Orders should probably be incorporated somehow, beyond heroes/constant effects/instant effects, but I'm not sure how.

The more I think about this the more it seems far too complicated for it to work as a game-within-the-game. Hmmm.

Ok yeah that's all I've got for now. 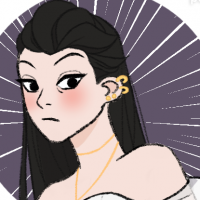